Jesus, what a game. It was truly the kind of thing only that Lynchian joke of a ballpark in Houston could deliver. Skip made it 100% enjoyable — I barely noticed that the regular starters who hadn’t already boarded the charter sucked on a comical level — and I’m really, really glad I recorded his final TV broadcast. As soon as it ended, I marked it “save until I delete” on my Tivo. Right up there with Frenchy and Heap’s first tandem interview with OKT, it will never be deleted. When Skip started off the broadcast by telling Chip “I almost called you Josh,” I knew I was in for some serious entertainment. The awkward Star Trek jokes, digs at the sponsors (all the better for the fact that he was basically doing a pastiche of his previous sincere objections to the Afleck duck), and his impatience with the constant hugging of Craig Biggio (somebody had to say it) were all delightful, as was his heartfelt message for the fans. I don’t know what the Braves would be like for me without Skip. I refuse to think about it.

And apparently “Peachtree TV” is a real . . . thing . . . of some sort? I had been under the impression that it was just a complex metaphor and/or inside joke.

The Phillies won the division today. Try saying that out loud without laughing mirthlessly in disbelief! Listening to Mets fans gripe is always fantastic . . . but the Phillies are just icky. At least I’ll have a passionate investment in the 2007 playoffs — watching the Phillies get eliminated! I’m personally rooting for the Indians to take it all . . . unfortunately, I think the Diamondbacks will take the NL title. I remember being really happy for them when they beat the Yankees in ’01, but that was a very different team. I can’t get behind anything that Eric Byrnes is a part of . . . my irrational hatred of him on behalf of Heap’s ankle prevents it. Also, I generally root against people who were once on the A’s. I’ve only recently forgiven Huddy for that former affiliation.

Alright, let’s get on with it: 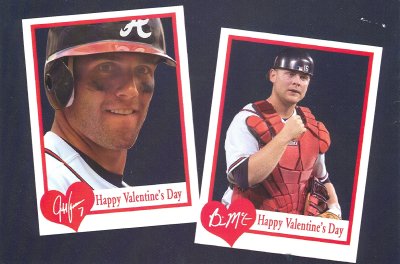 The Valentine’s Day card! I knew we’d be in for a wild year when I laid eyes on this baby! 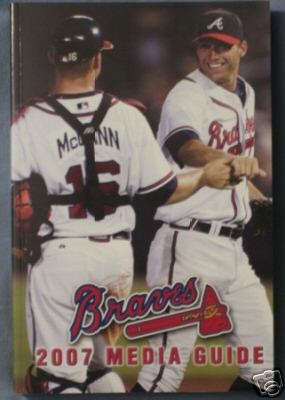 And then the Media Guide came out! 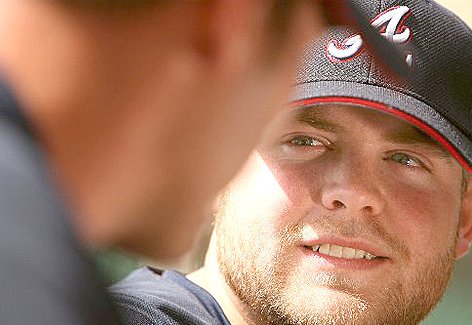 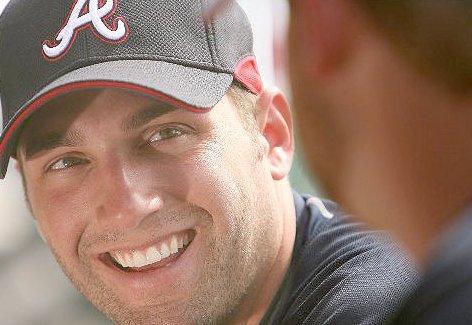 I never really understood why these pictures were taken . . . I think there was some big Heap n’ Frenchy Retrospective planned in spring training that never happened. Maybe they just took the pictures and left it at that.

In general, there were happy times: 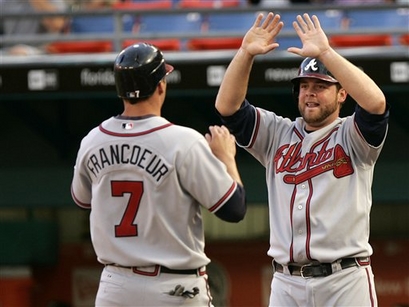 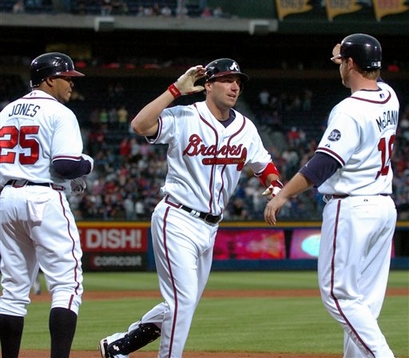 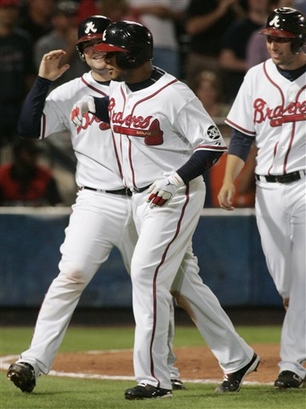 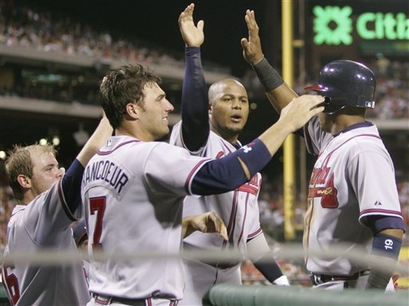 Times when Heap was pissed off (justifiably, I’m sure!): 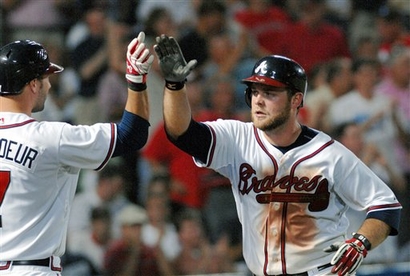 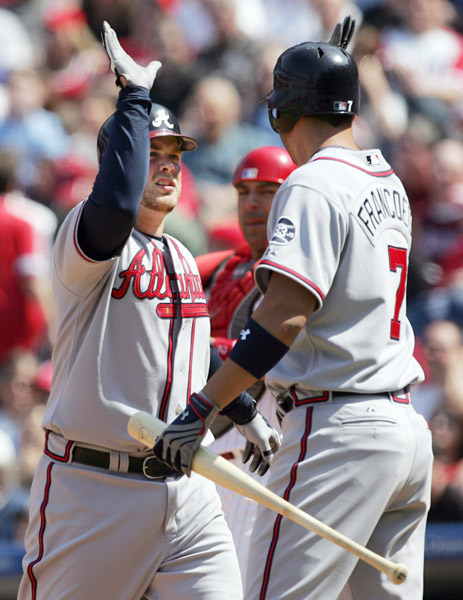 Days when they were both kinda over it: 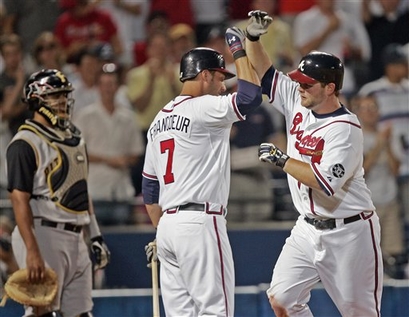 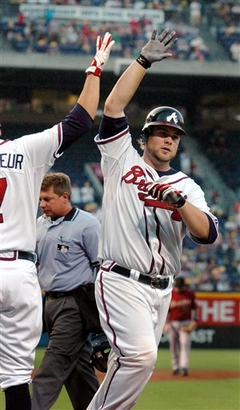 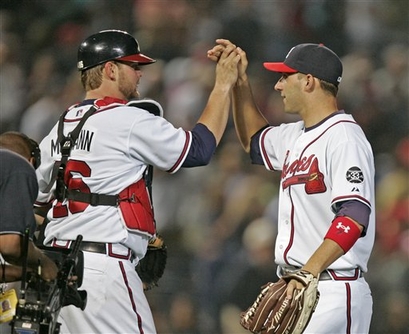 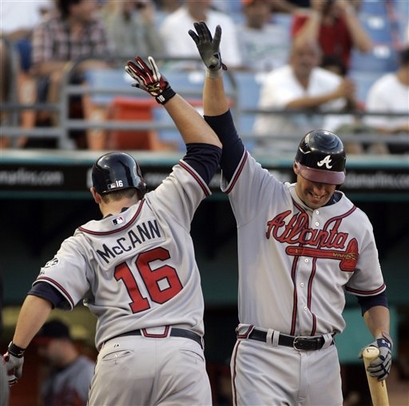 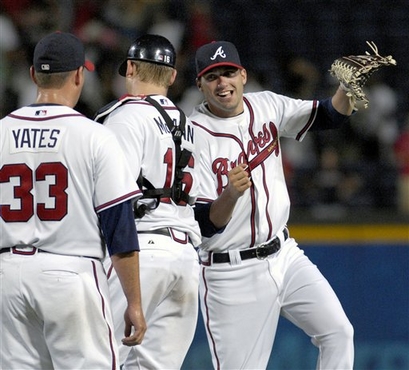 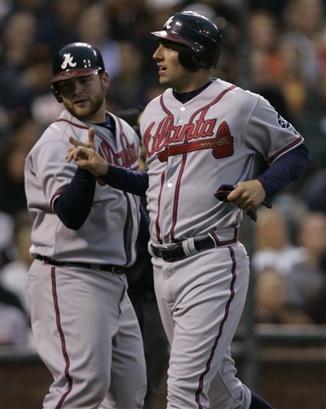 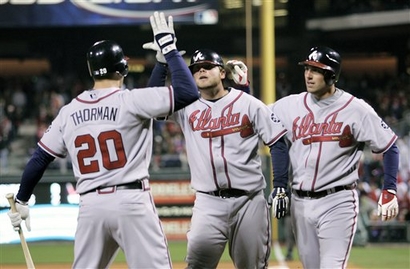 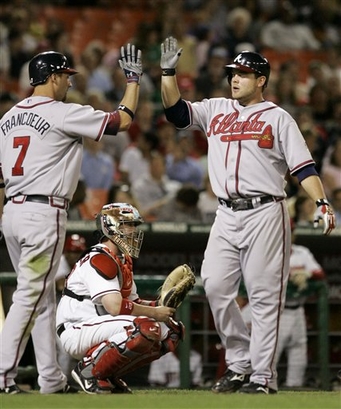 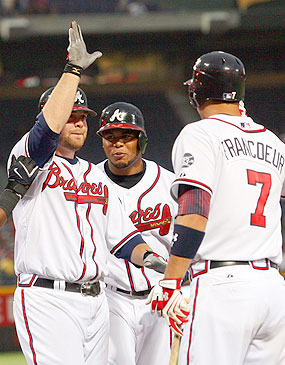 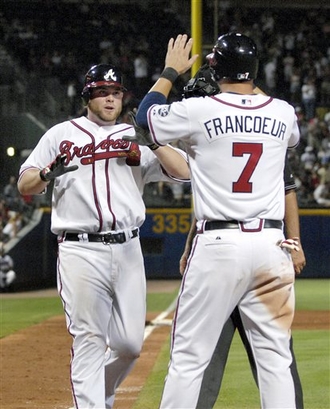 No particularly memorable quotes this year, save for OKT asking Heap about the last thing that made him say “wow!” Take a wild guess.

Have a nice offseason, fellas! Watch each other’s backs at the bachelor parties . . . and please, for me . . . get drunk at each other’s weddings. I’m talking rehearsal, ceremony, reception — the whole nine. You didn’t deliver a World Series this year . . . not even a real playoff run . . . it’s only fair. Thanks in advance.

I’ll be back soon with some more legitimate — and interesting, I’d wager, to most people — end of the season wrap ups this week. Now that I don’t have ball games to watch at night, I might actually have time to update my baseball blog.