Not a lot of real news out of camp Sunday, except the pleasant surprise that Moylan is doing well. As someone who thought Moylan was just Kevin Barry wearing glasses for two days last season, I would love to see him stand out more.

Bizarrely, the Braves Notes that mention Moylan’s performance also feature a touching section about Chipper offering Smoltz some advice about divorce. Wow. I was gonna laugh about Chipper being the go-to divorced guy on the team, but then I couldn’t think of a single other Brave who was . . .?

Finally, the golf story. Frenchy and Smoltz went golfing with Tiger Woods, and brought LaRoche along with them for undisclosed reasons. As far as I understand LaRoche has been at our camp for almost a week – Hampton reportedly asked him if he knew he’d been traded to Pittsburgh. That’s actually a legitimate question, given LaRoche’s history, and given the fact that he went golfing with mother effing Tiger Woods and forgot his clubs. Somehow I picture him showing up in full camo and carrying a few deer stands, then asking what the fuck this golf thing is, anyway.

I personally was not sorry to see LaRoche go. I know he had a good second half last year, but he had an equally shitty first half, and I will never forgive that executive decision to bunt that absolutely killed our last shred of momentum last season.

Francoeur on golfing with Tiger:

“It was a neat thrill just to hang with him.”

I love how he manages to work “neat” into almost literally every observation he makes in the press, and still it was Heap who got hell for saying hitting a homer off of Clemens in the postseason was “neat”! 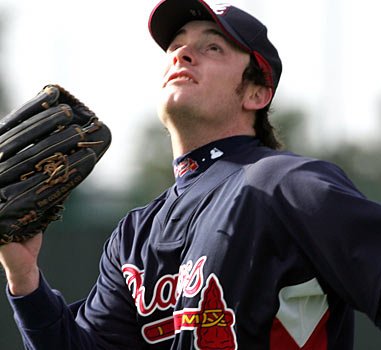 A better look at the mullet Langerhans is rocking this season. Bobby reassures us that he’s going to cut it. According to Bobby, he kept it long during the offseason because he’s a “hunter.” Huh? Does long hair improve your aim or something? 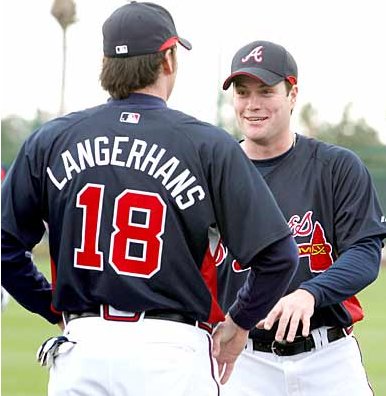 “I’m so gonna learn how to field and steal your job, it’s gonna be great!” 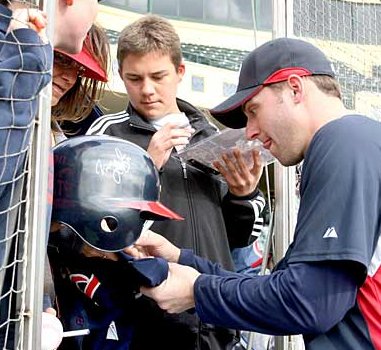 Does he always stick out his tongue when he signs? Or is that just an extra little treat for the lady fans?

Just a couple more days until the first full squad workout, but it looks like most of the dudes have already shown. Maybe by Wednesday LaRoche will have actually made his way up to Pittsburgh, but something tells me he’ll show up in Philadelphia or Pensacola or maybe Juno, Alaska, wondering where the hell this rumored “new team” of his is. Then he’ll decide Hampton was just pulling his leg and come back to our camp for another week.