Dave O’Brien did a little around-camp perspective on his blog today, which sounds a lot more interesting than it actually is. To surmise: Thor is a power hitter (who’d have thought), Gonzo is looking good so far, Soriano still doesn’t want to be friends with Dave, and Diaz is still hitting impressively. Dave mentions that some of his ingenious readers have already accused Diaz of using steroids based on what they’ve heard from camp, which is a real “I wish there was some way I could physically harm you via the internet” moment for me, not just because I personally like and respect Matt Diaz and don’t understand what the big deal is — he hit well last year, too, for power and otherwise, Bobby just never played him — but mostly because it just astounds me that someone can show up looking exactly like he did the year before and still get accused of using something after the first mention of hitting for power. Incredible. It also amazes me that Dave thinks he even needs to acknowledge such idiocy. 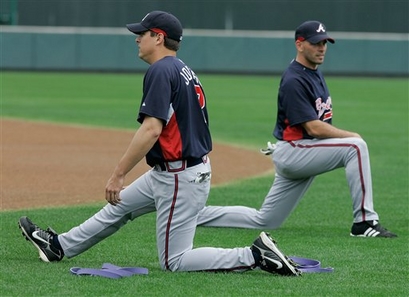 Andruw looks so slim, I’m impressed! I had assumed reports of his shapeliness were greatly exaggerated. 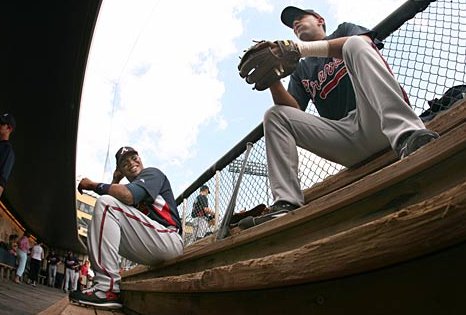 Working his grin in the dugout. I read today that Andruw lives over in Sugarloaf by Heap and Frenchy (at least I assume Frenchy’s new house is somewhere around there). I had always imagined him as more of a Buckhead guy. I wonder if any of the Braves actually live downtown? Maybe Rent has a penthouse or something. 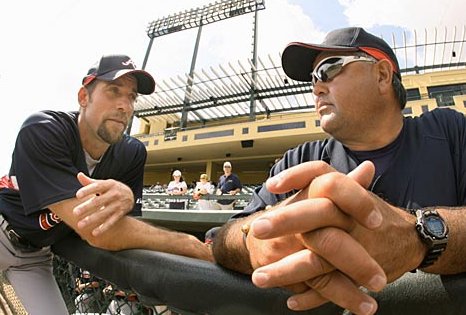 Rookies being all scrappy. 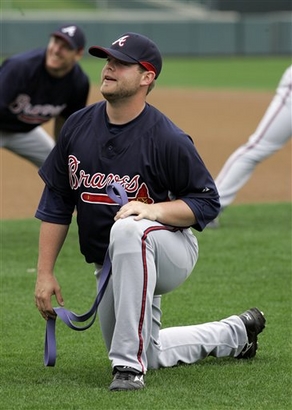 Heap finally took himself out of the Longest Mullet competition. Frenchy was probably giving him a hard time about it — it disappeared around the time the position players showed up. 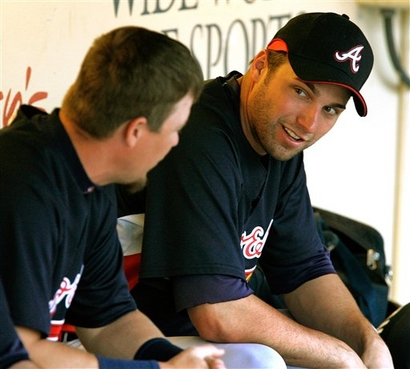 I can’t believe the same guy who takes this picture when he’s asked to pose can also look like he does above. Regardless, he’s nearly immobilizing in person — if this baseball thing doesn’t work out he could totally rob banks, people would just stand there and stare. 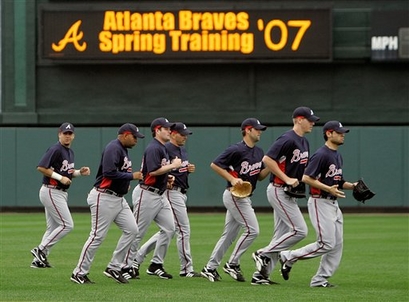 More running! I only recognize Diaz in the middle and Gonzo out front. The guy behind Gonzo looks suspiciously like Reitsma. 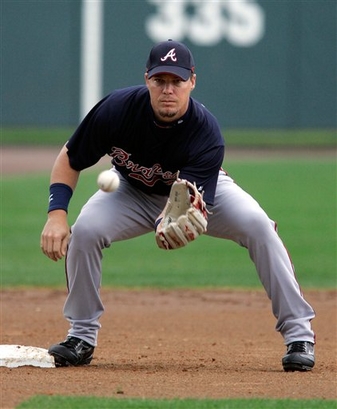 You knew it was coming sooner or later: the Chipper money shot. 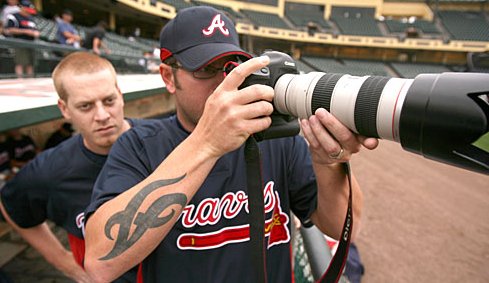 So, yesterday Heap and Frenchy were “interviewing” each other, now Moylan is taking pictures — is this the new PR campaign, the Braves cover themselves? 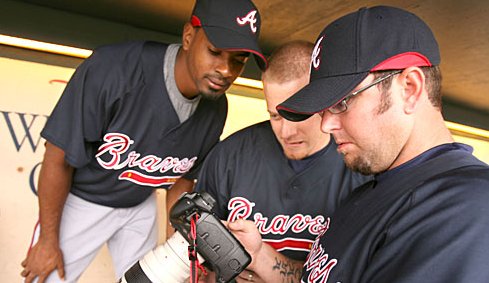 “What do you guys think?”
“Well, as shots of Chipper’s crotch go, it’s good, but not great.”

One more for the road: 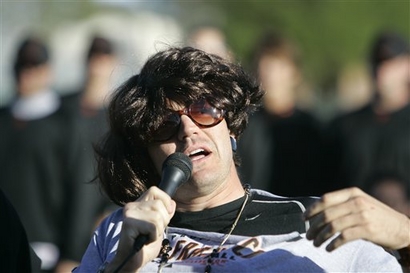 Rookie hazing is so cringe inducing for me. I’ve never been one to find men in drag hilarious as a rule. Check out what the Mets are making their rookies do – yikes! Oh wait, they all have to do that. Damn, that’s rough.