Every now and then, the Braves play a game that comes off looking like an episode of the Wacky Races. A Wacky Races game necessarily involves extra innings, some combination of weird errors and amazing plays, and fans acting like morons. Usually, it also involves the Cubs. Like that game last year, where we hit nine homers in twelve innings, Reitsma gave up about eighty runs at some point, a crazed Cubs fan ran onto the field and got tackled, and we ended up winning because of a Cubs error that involved a ball bouncing off an infielder’s head. This was also the game where Reitsma ate part of a towel in the dugout.

So anyway, that game, last night? I can’t believe we’re pulling out the Wacky Races shit this early in the season, I love it! Not only was game play weird, there was a ton of crazy crap going on all night. 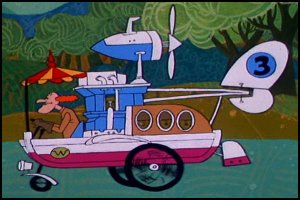 At first, it was just a great pitching duel. I hate Cole Hamels, but I have to admit he looked good, and Huddy! Where have you been all my life? But there were little pockets of weirdness even early on. I was listening to the audio from the radio, so I didn’t hear the explanation for this if there was one, but just WHAT was Chuckie doing with those cups of coffee?? Cause he certainly wasn’t drinking them, though he looked like he might have had about eight cups before the game. He was pretty constantly jumping, when he wasn’t mysteriously pouring coffee back and forth between two cups. And Heap calling time for his eyedrops was pretty bizarre, too, though I sympathize with him. My contacts drive me crazy on a regular basis, and I don’t go to work in a huge bowl of dust and dirt every day. 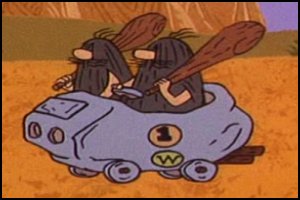 Is is just me, or is Chipper stepping up to coach our relief staff while McDowell naps in the dugout? He again came over to give Gonzo advice during that crazy ass 8th inning. I was starting to think Heap and Gonzo were intentionally acting like they were out of their minds to scare the hitters (it didn’t work, but the runners may have been affected). Heap chucked the ball into center while trying to throw out a runner, and Gonzo was pacing all over the field, muttering to himself. But of course, the inning ended pretty memorably, cause he wouldn’t be Heap if he didn’t instantly redeem himself, and the Frenchy-Kelly-Heap tag at the plate was just lovely. 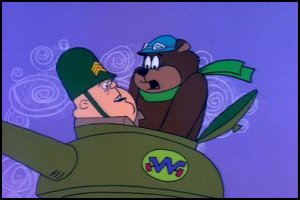 And speaking of Pitching Coach Chipper Jones, when Chipper snuck up behind Wicky and scared the shit out of him??! Yeah, I haven’t laughed that hard in awhile, though I was also laughing hysterically after Heap’s ninth inning home run. I don’t know, there was just no way Heap was going to hit a two-run homer off of Gordon on the first pitch, but then he did, it was funny. 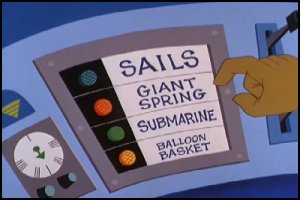 Of course, the Philly fans, in their typical classy fashion, immediately began throwing “debris” onto the field after Heap’s homer. And the Sports South broadcast replayed the little dip thing that Heap does with Andruw now (you’ll know if/when you’ve seen it, it’s dorky) almost as many times as they replayed him tagging Howard out at the plate. 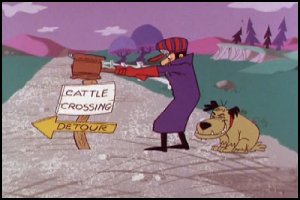 The Philly fans were really giving Frenchy hell over there in the corner, and I hope I’m not the only one who caught the psycho-killer grins he gave them. Only Frenchy punching a drunken Philly fan in the face could have made this game more wacky. If only they let ballplayers get away with that kind of thing, I’m pretty sure he would have been up for it. 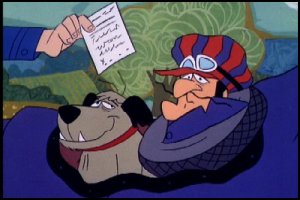 Anyway, it was a really fun, satisfying win, with Thor as the 11th inning hero. If this is the way the games are going to go this season, bring it the hell on. I’m starting to think the whole season is going to be one long Wacky Race.

On a slightly different note, thanks to reader Daniel for directing my attention to this amusing video of Andruw drinking whynatte (coffee and Jagermeister). And speaking of coffee, seriously, someone explain what was up with Chuckie and that coffee. I wouldn’t be too surprised if Jagermeister was involved somehow.